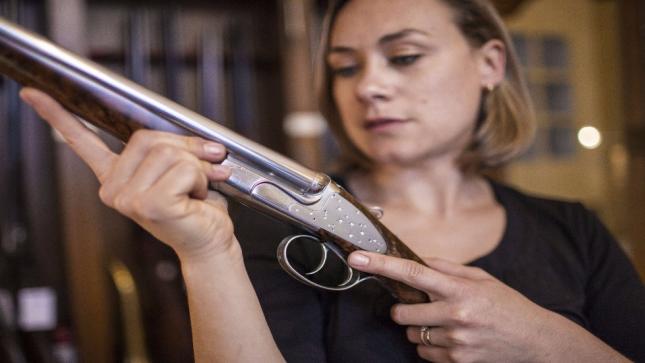 Originally posted by The Hill on November 8th, 2017.

Here are some ideas for tough federal gun laws — most of which should have been enacted years ago.

For people convicted of domestic violence, even a misdemeanor, how about a lifetime prohibition on firearms possession?

Further, a government license should be required for anyone who wants to manufacture, import, or sell firearms. The license should be mandatory not only for formal businesses, but also for individuals who make repetitive transactions for the purpose of profit. This would cover people at gun shows who put up signs declaring themselves to be “unlicensed dealers.” Anyone who engages in the firearms business without a federal license should be punished by up to five years imprisonment and a $250,000 fine.

Manufacturers, importers, and dealers who are granted a federal license should have to keep meticulous records of every transaction. Their records and inventory should be subject to warrantless, random inspections by the Bureau of Alcohol, Tobacco, Firearms and Explosives (ATF). If a license-holder goes out of business, all the records of past sales should be delivered to the ATF.

Before a gun store can sell a firearm to an ordinary citizen, the citizen should have to get government approval. This should apply not only to storefront sales, but also if the retailer rents a table at a gun show. As for the Internet, retailers can be allowed to advertise there, but the actual transfer of a firearm should only be allowed at the retailer’s place of business.

The purchaser should be required to answer dozens of questions certifying her background information. It is important that the government know the purchaser’s race, and whether or not she is Hispanic. Before the sale is consummated, the Federal Bureau of Investigation or a state counterpart ought to be contacted for a background check on the purchaser.

Any customer who purchases two or more handguns in a week should be automatically flagged and reported to the federal government and to local law enforcement.

Every handgun manufacturer should require handgun buyers to purchase a safe storage device for every handgun. Even if the buyer owns a gun safe, the buyer should always be forced to buy a separate locking device.

Of course, licensed manufacturers should have to put a serial number on every firearm. If someone alters or obliterates a serial number, the person should face five years imprisonment.

Felons should be forever prohibited from owning guns. They should never be allowed to hold a gun in their hands for even a few seconds. The lifetime prohibition should include non-violent felons who have been law-abiding for decades; anyone who was convicted of marijuana possession in 1971 should be presumed to be a continuing menace to society.

A lifetime prohibition should also apply to anyone who has ever been committed to a mental institution. Mental illness is not necessarily permanent, but the ban should be.

Current federal gun laws provide a statutory procedure for prohibited persons to petition the ATF for a restoration of rights. For example, ATF would have discretion to restore the Second Amendment rights of a non-violent felon who has been law-abiding for many years. Congress should enact appropriations riders to prevent ATF from considering such petitions.

Only persons over 21 should be able to purchase a handgun at a gun store. That 18-to-20-year-olds defend our country with automatic weapons overseas does not mean that they can be trusted with handguns within our country. A similar law should bar rifle or shotgun purchases by persons who are under 18.

Assault rifles must be virtually banned. These, according to the U.S. Defense Intelligence Agency, are “short, compact, selective-fire weapons that fire a cartridge intermediate in power.” For example, the Russian AK-47 or the American M-16 rifles. No civilian should be able to transfer or possess any assault rifle that was not already in circulation by 1986.

Any of the older assault rifles in citizen hands should be registered with the government. If someone wants to acquire one, both the buyer and seller should have to file an application with the ATF. The tax for a transfer should be $200, to discourage ownership. In the application, the ATF should require fingerprints and two recent photographs. Local law enforcement should be notified. The FBI should conduct a background investigation, and the registration process should take months.

If the purchaser is permitted to acquire the assault rifle, she should be required to maintain records proving that the rifle is registered, and notify the government of any change in address. To take the assault rifle out of state, the owner should need written permission from ATF in advance.

Assault rifles are one type of automatic firearm, but there are many other types of automatics. All of them should be controlled just as strictly as assault rifles. A violation of the stringent laws on these guns should be a felony with up to 10 years imprisonment—and much longer in cases of multiple violations.

The above is just the minimum baseline for federal laws. States should be allowed to enact must more restrictive additional laws.

If you think that this legal system would make firearms the most-regulated common consumer product in the United States, you would be correct. Every one of the above restrictions is already federal law, and has been for decades. A few of these date back to the 1980s or 1990s. Most of them are from the Gun Control Act of 1968. The tax and registration laws on automatics are from the National Firearms Act of 1934.

My thanks to Dave Kopel and Joseph Greenlee, who actually wrote this.